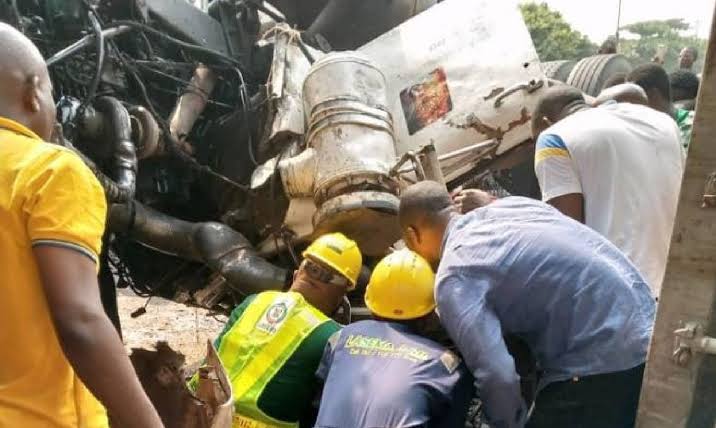 A yet-to-be identified woman lost her life at the Ojota area of Lagos State today February 1st after a Mack container-laden truck crashed under the bridge.

The container on the truck fell off the truck and trapped three victims, including the woman who reportedly died on the spot.

Men of the Lagos state Emergency Management Agency were able to rescue the male victims trapped under the container. They were taken to the nearest Trauma center for medical care while the remains of the deceased was deposited at the morgue.

Fiancé of lady crushed to death in Lagos weeks to their wedding, breaks silence