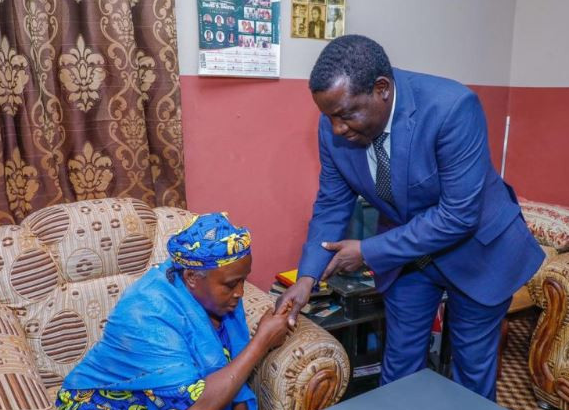 Governor Simon Lalong of Plateau State has promised to immortalise the Plateau student, Mr Ropvil Dalyep, who was recently killed by Boko Haram terrorists while on his how way to resume school in Maiduguri.

Lalong made the promise on Thursday during his condolence visit to the family of the deceased in Jing community in Lankan District of Pankshin Local Government Area.

He said Dalyep was a student of the University of Maiduguri and was a hero since the insurgents claimed his death was on behalf of the Plateau people. 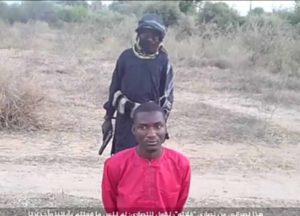 “We will find a place to put his name in Jos. I pray God will continue to console the family and the culprits be fished out,” he said.

Lalong expressed sadness that Dalyep’s death was unusual because he was not sick or involved in an accident, but only pursuing his future to become great.

“Their reward is in hell and his in heaven. Please take it in good faith,” he told the family.

In his response, the Miskoom of Mupun, Da Yusuf Wale, commended Lalong for his passion for the progress of Plateau people.

Wale also thanked the governor for the love he had shown the Mupun ethnic community to which Dalyep belonged.

Dalyep, a native of Jing, was abducted on January 9 by the Boko Haram terrorists while on his way to Maiduguri to resume school and was reported killed on January 22.