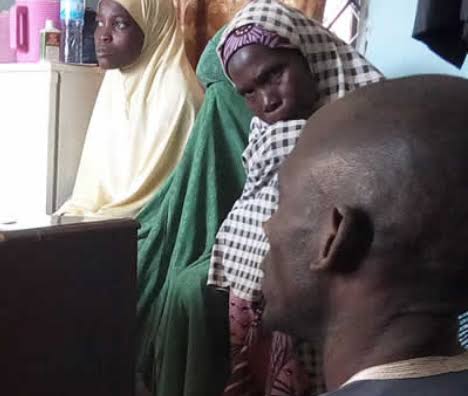 The police in Katsina State have arrested a middle-aged man, identified simply as Samaila, for allegedly chaining and torturing his two wives, Fatima Salisu and Hadiza Musa, in his home for 10 months.

Fatima hails from the Markemagaji Gari village, while Hadiza is from the Kalyarubandaba village, both in Katsina State.

The two women, aged 20 years each, have no children with the suspect.

Samaila was picked up by police detectives from the home he shares with the victims at the Yannadabaiyye village in the Rimi Local Government Area of the state on Sunday.

He was arrested by policemen from the Rimi Divisional Police Headquarters before he was transferred to the Criminal Investigations Department of the command on Monday.

He, however, did not give details of the case, stressing that it was still under investigation.

Our correspondent gathered that the two women were saved by providence when Hadiza’s mother decided to pay her a surprise visit.

It was learnt that the old woman pleaded with Samaila to allow her take away a sewing machine she bought for her daughter since it was not being used.

Samaila reportedly refused to release the sewing machine and assaulted his mother-in-law in the process.

The woman reported the incident at the Rimi Divisional Police Headquarters, prompting the police to invite the suspect for questioning.

Not satisfied with Samaila’s responses to basic questions, detectives were sent to search his house.

The search led to the discovery of the two women in very terrible conditions.

Items recovered from the house include large chains used by the suspect to restrain the women, assorted charms and weapons.

In an interview at the police station, Fatima and Hadiza painted a horrific picture of their ordeal.

They alleged that their husband locked them up in a room after which he shaved their pubic hair and cut their fingernails with which he prepared a concoction, which he forced them to consume.

Hadiza said, “Samaila never allowed us to leave the room. We did everything in the room; we bathe and answered the call of nature there.

Hadiza also removed her veil to show her back, which was full of sores allegedly from the beating Samaila subjected her to. She further alleged that the suspect used to flog her and Fatima with electric wires.

Fatima told the police that she was subjected to the inhuman treatment for 10 months before Samaila married Hadiza, who joined her in captivity 10 weeks ago.

She explained that it was a taboo for any of them to let their husband know when they were observing their monthly period, because he threatened to kill them if he discovered that they were menstruating.

The two women could not say what Samaila’s source of livelihood was but stated that he regularly returned home with several wads of N500 notes.

A Katsina-based non-governmental organisation, Gender Associates and Social Inclusion, has taken interest in the plight of the two women.

The group’s spokesperson, Hajiya Rabi Muhammed, said the organisation took the women to a hospital in Katsina for medical check-up on Wednesday.

She said, “We took the two women to a hospital in Katsina on Wednesday. We also counselled them and psyched them up. We also gave them some foodstuffs. “Those were the interim arrangements we made for them pending the time the police will complete their investigation.

“We shall definitely empower the victims  to help them pick up their lives again. The two women have been returned to their villages.”