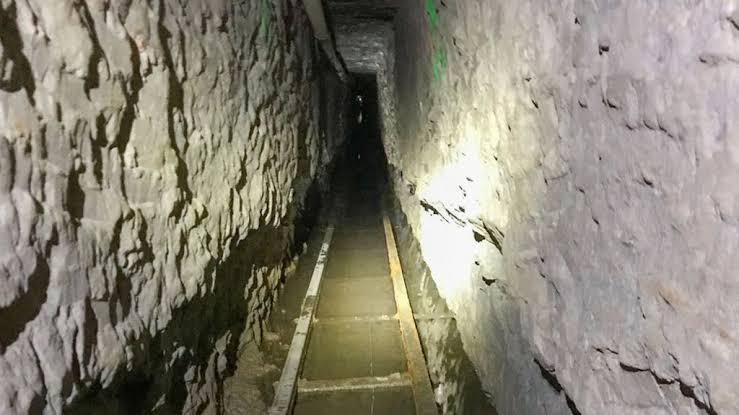 US authorities have announced the discovery of what they said was the longest smuggling tunnel ever discovered on the south-west border, a passageway stretching three-quarters of a mile from Tijuana to a warehouse district located 15 miles south of San Diego.

Stretching 4,309ft, at about 70ft below the surface . it has a lift, railroad track, drainage and air ventilation systems plus electric power. the tunnel reaches 5.5ft high and two feet wide 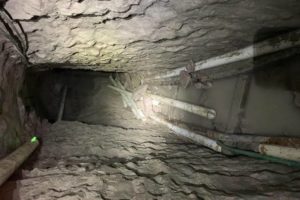 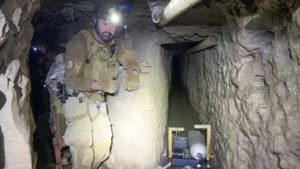 While there were no arrests, no drugs found at the site and no confirmed exit point in the US, the length of more than 14 football fields stunned authorities.

The area in which the tunnel was dug has been a stronghold of Mexico’s Sinaloa cartel which was run by Joaquin El Chapo Guzman, who was sentenced to life in prison in July.

Lance LeNoir, a Border Patrol operations supervisor, said: “This one blows past (the second-longest).

“We never really thought they had the moxie to go that far.

“They continue to surprise me.”

The next longest tunnel in the US was discovered in San Diego in 2014.