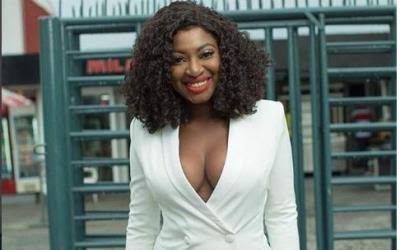 Nollywood Actress, Yvonne Jegede has seemingly given an inside hint on the reason her marriage to ex-hubby, Abounce, failed.

The actress made the stunning revelation in an online exchange she had with an Instagram troll.

Jegede had shared a behind-the-scene photo, probably from a movie set and the troll who saw how intimate the actress was with her male colleague told her that if she’d done that which she was doing in the photo to her ex-husband, her marriage would have still been intact.

Yvonne immediately shut the troll down with a brilliant response where she said she was the one that actually left Mr. Abounce after she’d successfully gotten what she wanted.

See the exchange below ; 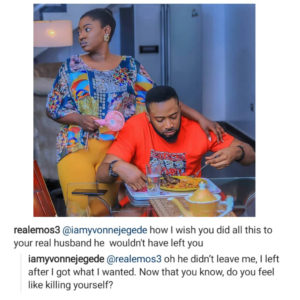 Man Dies In Onitsha Hotel While Having Sex With Lady Friend

50 Cent receives a star on Hollywood Walk of Fame (Photo)