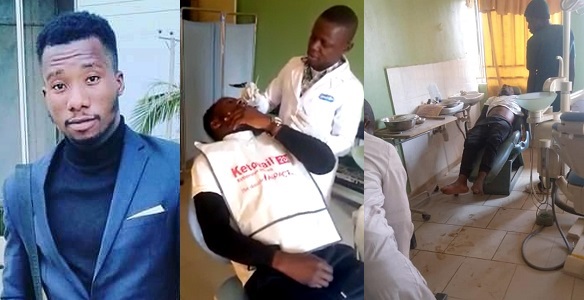 A dentist at the General hospital in Gombe State is reportedly on the run after allegedly administering the wrong injection to a student of Federal University, Gombe.

According to reports, the deceased who was a student at Federal University,Gombe had a minor tooth-ache and thus went to the hospital to get it checked.

He was injected and even after that, still felt the ache, he then went back to the hospital and was left unattended till he reportedly gave up the ghost.

The late student was identified as ‘Alex’ and it was learnt that he died, barely a day to his birthday due to the alleged carelessness of the dentist. 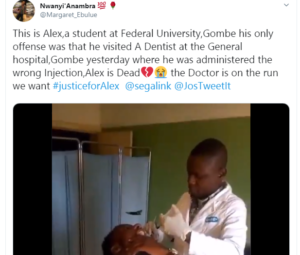 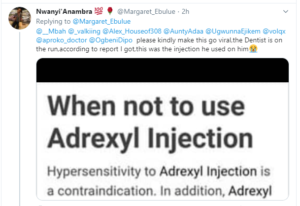 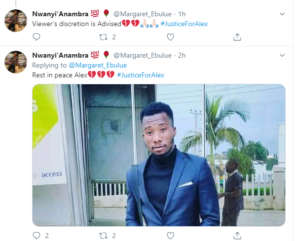 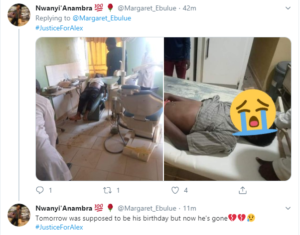 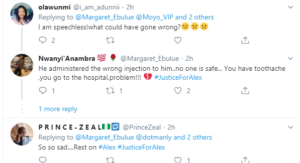 North Korean Man ‘Shot Dead’ After Being Suspected With Coronavirus