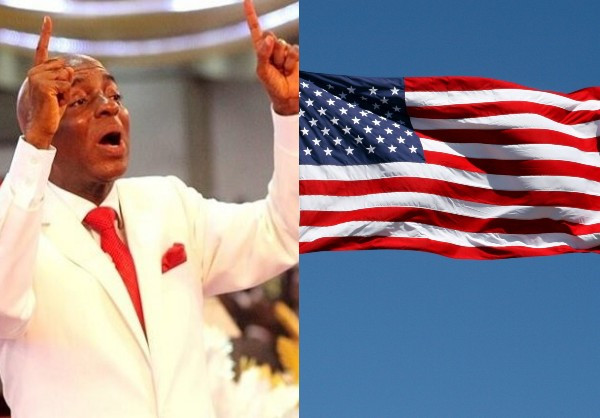 Bishop David Oyedepo, the General Overseer of the Living Faith Church a.k.a Winners Chapel was reportedly offered the visa he was initially denied by the Lagos office of the United States embassy after a phone call he made.

Report has it that the Pastor and businessman created a scene at the facility as he insisted that he has not violated any rules or committed any crime to have warranted being denied a renewal of his visa. When he told his bodyguards to get his phones so he can make some calls, he was reportedly told he cannot make calls within the precincts of the visa-issuing section of the embassy.

A protege of Apostle Johnson Suleman, Obiwest Utchaychukwu who served an update on the incident said Bishop Oyedepo was granted visa after a phone call. 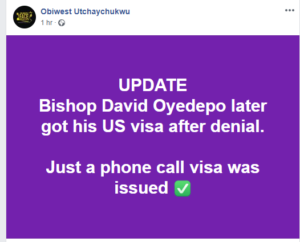