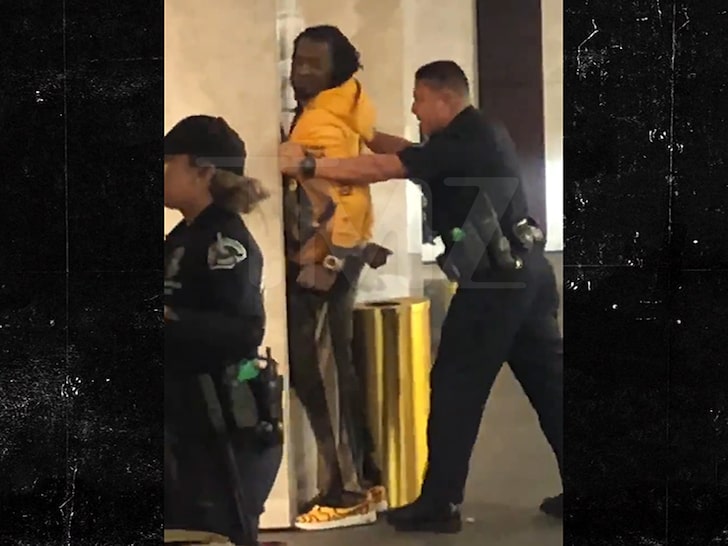 American rapper Offset was reportedly detained by police at an LA shopping centre on Wednesday.

Four people were detained, and two of those men eventually arrested, after police responded to a report of a man with a gun in a parking structure at the Grove shopping center, a Los Angeles Police Department officer said Thursday.

The entertainment news website TMZ reported the rapper Offset was among those detained.

The 28-year-old Offset, whose real name is Kiari Kendrell Cephius, is a member of the hip hop music trio Migos. He is also rapper Cardi B’s husband. Cephius was detained but not arrested, LAPD Officer Lizeth Lomeli said.

TMZ obtained video that appears to show Offset being pushed against a wall and handcuffed by police.

The two people arrested were Carter Demetrius, who was booked on a charge of carrying a concealed weapon, and Tremaine Benson, who was booked on possession of a firearm by a prohibited person, Lomeli said. Their ages, bail and court information were not immediately available.

Officers responded to the Grove after the department received a 911 call at 7:18 p.m. and recovered two guns, LAPD Officer Mike Lopez said.

I’ve dated celebrities and other men I threw in the bin because they never treated me the way I wanted – Vlogger, Grace Ajilore