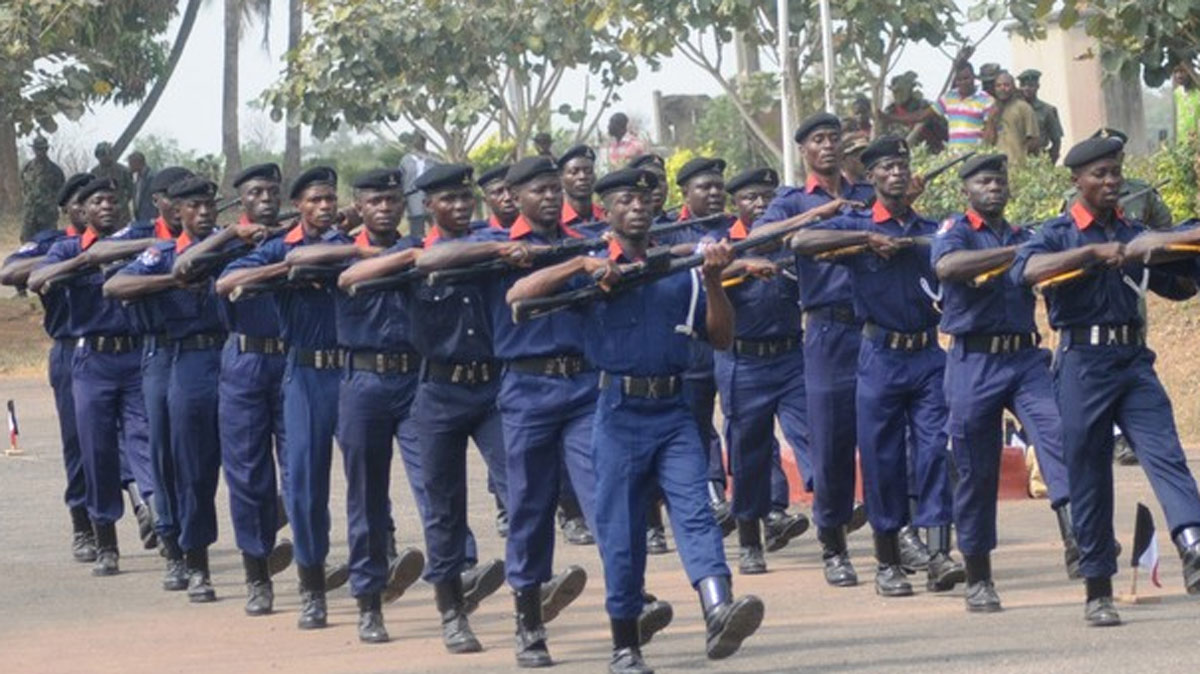 The Commandant General of the Nigeria Security and Civil Defence Corps, NSCDC, Abdullahi Gana Muhammadu has banned the display of Firearms by operatives of the Corps at public events.

The directive followed the killing of a Senatorial Candidate of Action Alliance in Imo state, Mr. Ndubuisi Emenike in an accidental discharge by NSCDC personnel.
A statement from the Media Office of the Corps disclosed that the Commander General spoke when he paid a condolence visit to a former governor of Imo state and serving senator, Rochas Okorocha to commiserate with him on the demise of Mr. Emenike.

He maintained that the order was necessitated by the need to prevent future occurrence of such costly incident, warning that any personnel caught displaying firearms in whatever circumstances risks dismissal.

The NSCDC boss also said that it has become an offense for armed bearers to stay within the immediate perimeters of any occasion saying that they must keep a fifty thousand meter distance away from events or party venues.