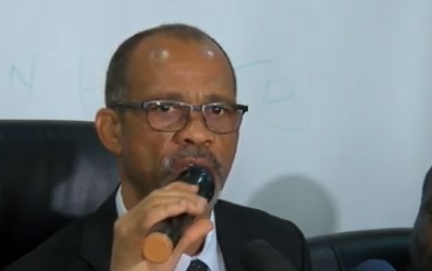 The Lagos state government says it has reached an agreement with the Chinese embassy in the state to ensure that Chinese citizens remain in their country for now to avert the spread of the Corona virus in the state and that anyone of them who intends to visit the state, is immediately quarantined for a period of 10 to 14 days.

The state Commissioner for Health, Professor Akin Abayomi, made this known when he addressed newsmen in the state today January 30th.

According to him, the state government had collaborated with the Embassy to ensure that those who insisted on coming to Nigeria were quarantined upon arrival.

The commissioner said that the state would provide free medical treatment to anyone with the disease that turns up at any of its health facilities, as part of the strategies to reduce spread of the virus, if eventually it gets into the country.

Abayomi said the free medical treatment was to ensure that residents do not stay away from hospital due to paucity of funds and resort to self medication, which he said would spread the virus. He advised residents to maintain high level of personal and environmental hygiene toward safeguarding themselves from the infectious diseases.

The commissioner said that the ministry was also collaborating with the Federal Ports Authority at air, land and sea border posts to elevate screening and surveillance of the incoming travellers. Abayomi said that the state biosafety laboratory had also commenced operation to ensure effective management of infectious diseases in the country. He reiterated the state government’s commitment to the health and safety of her citizens, assuring them of the government’s preparedness to handle any eventuality.

FCTA: Those not well kitted at Abba Kyari’s burial will be tested for COVID-19