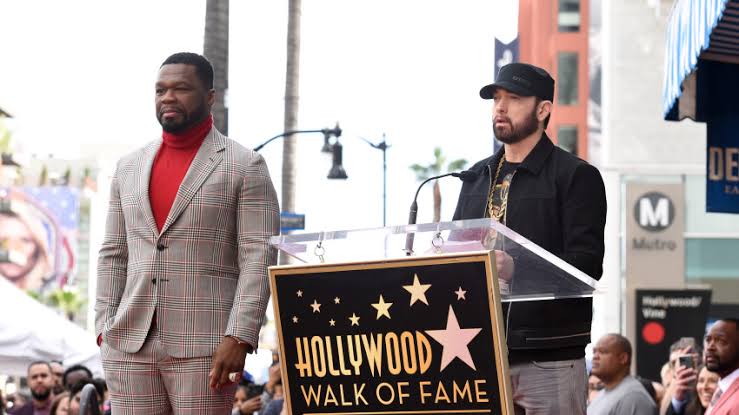 A star on the iconic Hollywood Walk of Fame has been unveiled honoring American rapper and actor, Curtis “50 Cent” Jackson.

The ceremony comes 10 days before the finale of the Starz crime drama he produces and appears in, “Power.” The 11:30 a.m. ceremony was in front of The W Hollywood Hotel and Hollywood Hamburger at the corner of Hollywood Boulevard and Vine Street. 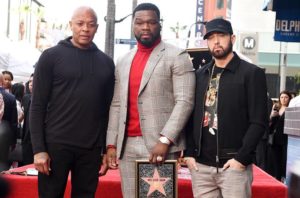 Taking to Instagram to celebrate, 50 Cent shared a photo of his star on the Hollywood Walk of Fame and then wrote: ‘South Side on the map, wait till they see how I run with this..Hahaha ..they never seen nothing like me before.

Born Curtis James Jackson III in the New York City borough of Queens on July 6, 1975, Jackson rose to fame with his 2003 debut studio album “Get Rich or Die Tryin,”‘ which debuted at No. 1 on the Billboard 200 chart and was the best-selling album of 2003, selling 12 million copies worldwide. “Get Rich or Die Tryin” brought Jackson three Grammy nominations for best rap album and best male rap solo performance for “In Da Club,” which also brought him a best rap song nomination.

Jackson received two other Grammy nominations in 2003 — for best new artist, losing to the rock band Evanescence, and for best rap performance by a duo or group for his featured role on Lil’ Kim’s “Magic Stick.”

After receiving two more Grammy nominations in 2007 — best rap solo performance for “I Get Money” and best rap song “Ayo Technology” — Jackson won his lone Grammy at the 2010 ceremony for best rap performance by a duo or group for “Crack A Bottle.”

Jackson is also a music, film and television producer. He is CEO of G-Unit Records, which he founded in 2003. He founded G-Unit Film & Television, Inc. in 2005. He is among the executive producers of “For Life,” a serialized legal and family drama premiering on ABC Feb. 11.

Jackson’s other acting credits include the films “Den of Thieves,” “Southpaw” and “Spy.” 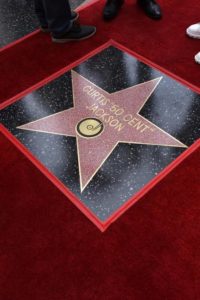