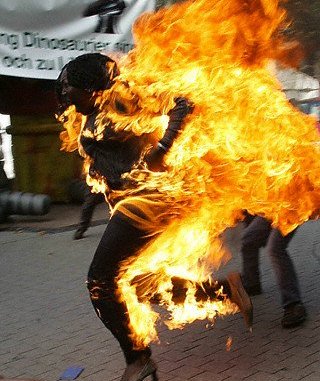 A married woman identified as Rabi has set herself on fire at Gayawa quarters, Ungoggo local government area of Kano State, a radio station in northern Nigeria, Freedom Radio, reported.

Rabi set herself on fire after her husband, Malam Badamasi, married a second wife.

Salisu Safiyanu, Ms Rabi’s brother-in-law, told journalists that he found the deceased in her matrimonial home, burnt beyond recognition.

Also, Malama Mariya, a sister to the deceased, told journalists that she was devastated as her sister lost her life due to “extreme jealousy”.

Although the police spokesperson in Kano, Abdullahi Kiyawa, has confirmed the incident, he is yet to release a statement.