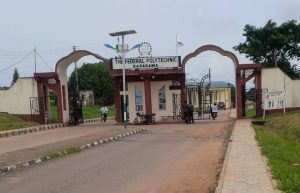 66 students of the Federal Polytechnic Nasarawa have been expelled by the institution’s authorities over an alleged malpractice.

The Polytechnic’s rector who confirmed expulsion of the students in a statement, said it was recommended and approved by the school’s academic board. He added that the decision was taken to promote discipline and ensure quality and standards in the polytechnic.

“The decision to expel the students was reached and taken after thorough investigation at the special meeting of the board held on Wednesday, September 25, 2019 at the polytechnic.

“The expelled students are, therefore, required to handover all polytechnic property in their possession, including identity card to their Head of Departments and Units with immediate effect,” he said.

We can’t communicate directly with our foreign missions – Onyeama

‘We will reciprocate visa ban and travel restrictions by any country that imposes it on us’ – Immigration CG, Muhammad Babandede