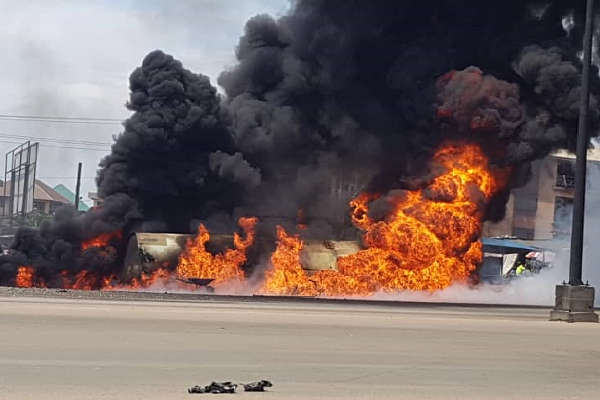 No fewer than 40 buildings, ranging from two- storey to four- storey buildings were razed in a tanker explosion in Upper Iweka, Onitsha.
Over 500 lock- up shops were also gutted by the fire along the Iweka street market leading to ochanja and Menax market . 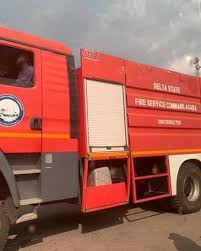 The incident was said to have started when a tanker laden with Premium Motor Spirit (PMS), otherwise known as petrol, negotiated from the Zik’s roundabout end of Onitsha -Enugu expressway, lost control around Toronto Hospital and veered off the service lane.

This caused the tanker to spill its content and a fire erupted which lasted about 5 hours. The fire spread from Upper Iweka down to Ochanja market (Onitsha South LGA), yet no fire service from Anambra State was sighted, as they reportedly said they don’t have water and the roads are bad for them to come. It was Fire Service from nearby Delta state that came to the rescue, but by then, goods, buildings and other properties worth millions of Naira has been lost to fire.