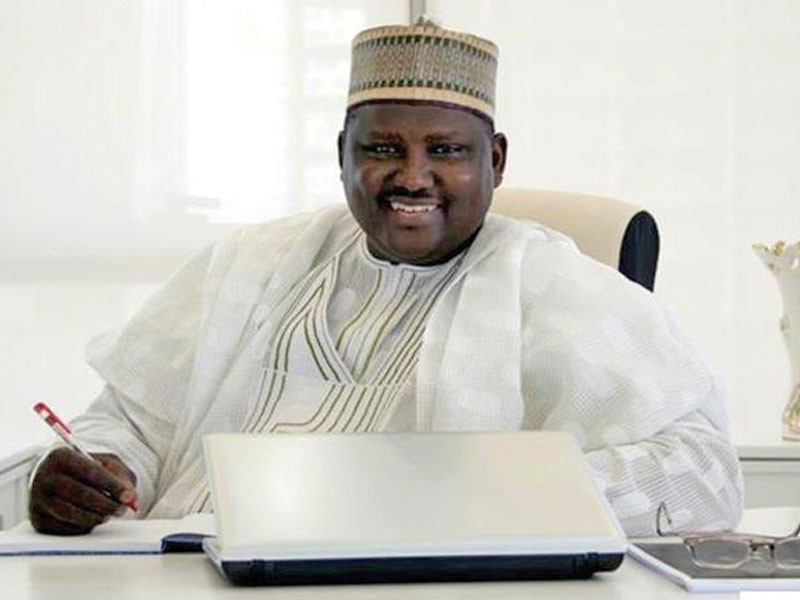 The Nigerian government has been alerted by Nigerien authorities over $1.7m cash found in an apartment believed to be owned by arrested former Chairman of the Pension Reform Task Team, Abdulrasheed Maina.

Maina who sneaked into the country from Dubai to avoid getting arrested, is under investigation for alleged mismanagement of over N24billion pension funds while in office.  Recall that 29 assets worth N1billion also suspected to be owned by him have already been seized.

The Nation reported that the apartment the money was discovered in was one of Maina’s hideouts and he might also get probed on why one of his nephews, Sadiq Abdullahi Ismaila was almost tortured to death over how $1.7million got missing from a safe house.

“The $1.7m was stashed in an apartment in Niger Republic which was being occupied by a Nigerian.

“So far, a trail of the cash by security agencies has linked Maina to the cash because the apartment was alleged to be his hideout.

“Detectives are working round the clock to uncover where the suspected pension cash was sourced and how it was ferried to Niger Republic.

“One of the clues being probed was the allegation that Faisal Maina (the son of the ex-pension reform task force chairman) moved the cash from Nigeria to the Republic of Niger.”

Responding to a question, the source added: “Investigators have also discovered that Maina  allegedly influenced the arrest and torture of one of his  nephews, Sadiq Abdullahi Ismaila over a missing $1.7m.

“Sadiq , who later released a video clip on his ordeal, asked Maina to turn his searchlight on his son, Faisal and wife” an authoritative source said..

Sadiq Abdullahi Ismaila who released a video on his ordeal over the missing cash is reportedly being pressurized by relatives to go underground to save Maina. The missing cash has been linked to Maina’s sudden reappearance in the country. In the video obtained by The Nation, Sadiq said;

“But I figure it is high time I come out to speak about it . Why? It is because I felt for the safety of the people around me, especially my family and others like that.

“Well, I was abducted by Abdulrasheed Maina (my uncle) for three days and I was tortured for something I didn’t do. He accused me of taking $1.7million of his which his son took from his house. His son and his wife too,

“I have been paying for $1.7million that is not with me. The funny thing is that this man has been sending people after me, my family and friends. And  for me, I don’t really care because I have seen it all. There is nothing more he can do to me because I have already endured three good days of torture from somebody I look up to.

“He is somebody I point out to be a father figure to me; somebody who is the immediate brother to my mum. Let me make this video short. Abdulrasheed Maina, if you think your money is with me, I told you, go and meet your wife and your son.

“But I know for sure the way you launder money and you know I know that. That is why you wanted me dead. I just survived because it was not my time when you asked those hoodlums, claiming to be DSS operatives to torture me for good three days. I almost died but it was not my time.

I won’t appoint aides from other states – Governor Oyetola

Aisha Buhari Reveals Why She Was Abroad For So Long