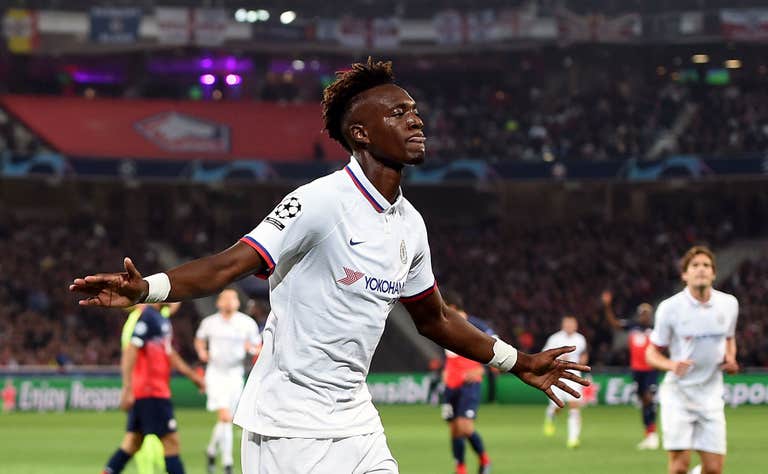 Tammy Abraham today vowed the time has come to establish himself as an England regular.

The 22-year-old joined up with Gareth Southgate’s squad at St George’s Park yesterday after scoring his ninth goal in 11 games for Chelsea as the Blues eased to a 4-1 win over Southampton.

Abraham’s call-up for the forthcoming Euro 2020 qualifiers against the Czech Republic and Bulgaria comes almost two years after his only previous senior appearances in friendlies against Germany and Spain in November 2017.

Abraham lasted an hour of the first game and just 15 minutes of the second as two experimental Southgate sides earned successive goalless draws.

He was on loan at Swansea at the time but after a subsequent spell at Aston Villa last term – where he scored 25 goals in a promotion-winning season – Abraham believes is has matured to seize any opportunity given to him over the next seven days.

“Back then in 2017, it was all about me being young,” he told Standard Sport.

“It was a good experience, for me. So, to be going back now, I had my experiences out on loan, I’m back and now it’s time to stay here.

“For me, it’s a massive achievement [to be in the squad]. I’m clearly doing something right for my club to get attention from Gareth Southgate. It’s about going out there, helping the team as much as possible. And then coming back in and doing the same job for my team.”

Abraham remains eligible to play for Nigeria – the country of his father’s birth – having not played a competitive senior game for England in his career to date.

Abraham’s father is close friends with president of the Nigerian Football Federation, Amaju Pinnick, and manager Gernot Rohr had made little secret of his desire to convince the striker to switch allegiances.

Abraham insisted the subject had not come up during his initial discussions with Southgate, although in his mind that debate now appears to be settled once and for all.

“I haven’t spoken to him about that,” said Abraham. “I’m a player growing up in England, playing in the Premier League. My ambitions were always to play for England. Obviously it’s nice to be wanted by two nations, two nations that I love. But my main focus is England.”